(May 15, 2013) The risk of a backlash against immigrants in Canada, as in other parts of the West, is undeniable, and also unnecessary. 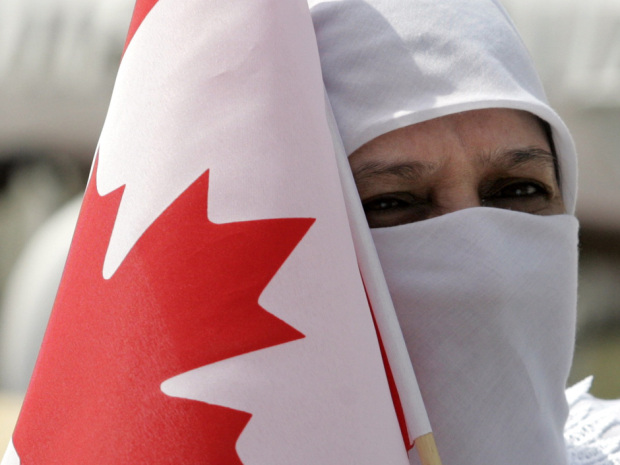 The Canadian Council for Muslim Women, an organization formed in 1982 — well before Muslims started arriving in large numbers and well before current fears of Muslim terrorism and religiosity — is “concerned about a movement within Muslim communities to segregate women.”

This article was first published by the National Post on May 15, 2013

Last week’s news from StatsCan’s National Household Survey showed Islam to be the fastest growing religion in Canada, with the Muslim population, now 3.2% of the population, just about doubling every ten years. Next week’s news may well see calls to limit Muslim immigration, and by some to limit all immigration from the Third World. Immigration Minister Jason Kenney has introduced reforms which should act to head off an anti-immigrant backlash but, judging from trends elsewhere in the world, he has much more to do.

Anti-Muslim sentiment has become commonplace in the West, according to a 2006 Pew Poll that found 63% of Germans, 60% of Spaniards, 56% of the French and 40% of Britons judged their fellow Europeans to be hostile to Muslims. This anti-Muslim sentiment also extends to the liberal Scandinavian countries. Denmark was the first Western country to adopt broad anti-immigrant policies when a decade ago voters elected a right-wing government in an election campaign focused largely on Muslim immigration. This new government, the first to boot the socialists out of office since the 1920s, then introduced toughened immigration restrictions, everything from denying permanent residency status to residents of less than seven years to preventing recent immigrants from claiming welfare. Today many Danes want further restrictions to prevent an undermining of Danish values.

Until this year, Sweden pointedly distinguished its more welcoming immigration policies from those of Denmark. That changed when in February Sweden’s Minister of Immigration tweeted that he wanted to limit the “volume” of immigrants. Sweden’s Muslim population has doubled over the previous 14 years, and represents an outsized share of the country’s entire population increase. Many in Norway, too, are voicing discontent with its immigrants.

In all the Scandinavian countries, the complaints about immigrants from the Third World, and in particular Muslims, are similar. Once Muslims reach a critical mass in the population, Scandinavians claim, they isolate themselves from the mainstream of society to develop a state within a state, complete with its own Sharia laws. Crime rates are also high among many Third World immigrants.

Perhaps the biggest factor of all in convincing Scandinavian governments to rethink their immigration policies is their commitment to the welfare state, which may be unsustainable with large Third World populations. The economic model of the welfare state requires at least 80% of the population to work in order to provide the government with the revenues needed to deliver cradle to grave benefits. Native Scandinavians meet this threshold but not Scandinavia’s Third World immigrants, only about half of whom are employed. Many native Scandinavians see the choice as between maintaining their cherished welfare state or maintaining what they fear is a permanent welfare class of non-European minorities.

France, Switzerland, and the Netherlands have also shrunk their welcome mats for Muslims and other immigrants, and the U.K. may soon follow suit – in sea-change elections earlier this month, the electorate gave the anti-immigrant UK Independent Party stunning gains that many expect will lead other UK parties to toughen their immigration policies.

Many Canadians also want changes in immigration policies. According to a Forum poll last month, 49% believe Canada should only admit immigrants from countries sharing our values and only 26% would welcome immigrants unwilling to abandon cultural values at odds with those of Canada. The desire to discriminate by country is new, says Western University’s Roderic Beaujot, who is also surprised that native-born and foreign-born Canadians hold quite similar views — 73% of native Canadians and 58% of foreign-born Canadians want to limit immigration.

The discomfort with recent trends in minority communities comes also from within the Muslim community. The Canadian Council for Muslim Women, an organization formed in 1982 — well before Muslims started arriving in large numbers and well before current fears of Muslim terrorism and religiosity — is “concerned about a movement within Muslim communities to segregate women.” Although this group was attacked for fanning Islamophobia, it refused to be silenced, deploring the fact that “Muslim women [went] from being a part of Canadian society in the 1960s and earlier, to being disinterested and disengaged from mainstream society,” a phenomenon it blames on the Wahabi-style Arabization of Islam financed with Saudi dollars. “With the rise of a puritan interpretation of Islam, a movement is afoot towards insularity and rejection of all things ‘Western’, such as celebrating local holidays [and] participating in non-Muslim children’s birthday parties…. This deliberate ‘opting out’ or separation can only lead to distrust and further alienation of Muslim women and children from the rest, which in turn propagates stereotypes and misunderstandings and exacerbates the view of Muslims as the ‘other’.”

The high level of discomfort among many Canadians toward Third World immigrants is noteworthy given that Canadians have yet to suffer an alien terrorist attack on our soil. After an Islamist terrorist attack, Canadian opposition to Muslim immigration – and possibly immigration in general – would likely grow. In one sign of a toughening Canadian attitude, Kenney, in response to the discovery that Muslim Canadians were involved in terrorist attacks in Algeria and Bulgaria, favours stripping citizenship from Canadians who wage war on Canada or engage in acts of terrorism.

The risk of a backlash against immigrants in Canada, as in other parts of the West, is undeniable, and also unnecessary. Tomorrow, I will propose reforms to reduce that risk and maintain the relatively open immigration that has served Canada so well for so long.

This is the first part in a series. For the second, see here.

The original version of this article is available here at the publisher’s website.

Lawrence Solomon is one of Canada's leading environmentalists. His book, The Conserver Solution (Doubleday) popularized the Conserver Society concept in the late 1970s and became the manual for those interested in incorporating environmental factors into economic life. An advisor to President Jimmy Carter's Task Force on the Global Environment (the Global 2000 Report) in the late 1970's, he has since been at the forefront of movements to reform foreign aid, stop nuclear power expansion and adopt toll roads. Mr. Solomon is a founder and managing director of Energy Probe Research Foundation and the executive director of its Energy Probe and Urban Renaissance Institute divisions. He has been a columnist for The Globe and Mail, a contributor to the Wall Street Journal, the editor and publisher of the award-winning The Next City magazine, and the author or co-author of seven books, most recently The Deniers, a #1 environmental best-seller in both Canada and the U.S. .
View all posts by Lawrence Solomon →
This entry was posted in Immigration and tagged Canada, immigration, Islamophobia, Muslims, polling racism, welfare. Bookmark the permalink.