Posted on February 7, 2014 by Lawrence Solomon

(February 6, 2014) Unlike Sochi, a natural beauty, Russia’s monotowns will drag the country down for decades.

By Lawrence Solomon, published by the National Post on February 6, 2014 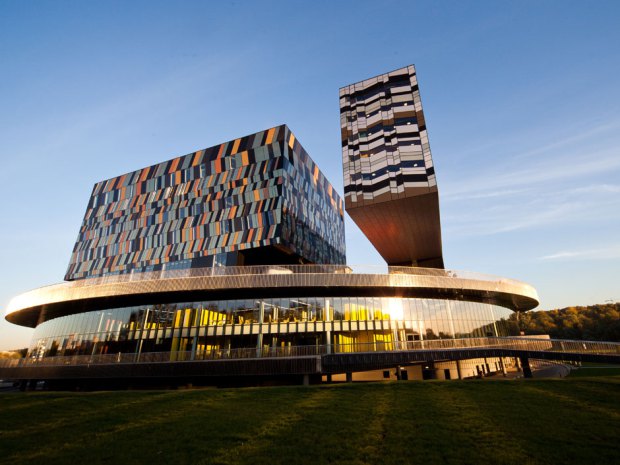 Sochi, Russia’s premier resort city, is among the best of Russia’s cities and long has been. Under the czars and even under the communists following the Russian Revolution, it parlayed its natural beauty and climate into a tourist and health industry for the elite – its scores of elegant spas, sanitoria and hospitals were celebrated throughout the country and beyond. Today Sochi hosts the Olympics, in future other premier attractions, large and small. No matter who wins on the playing fields, no matter what Olympic scandals surface, Sochi will be a winner into the future.

Most Russian cities and towns are losers, though, especially most of the 800 known as monotowns. These municipalities, begun by Stalin in his five-year-plans, survive to this day, accounting for 25% of the country’s population and more than 30% of Russia’s industrial output, according to “Monotowns and Core Enterprises,” a 2000 Russian Ministry of Economy study.

But they don’t thrive. Unlike Sochi, monotowns did not develop organically, capitalizing on competitive advantages and responding to the evolving needs of consumers. The monotowns sprung from the minds of central planners who scoffed at messy cities built by capitalists whose wasteful competition spawned haphazard growth and misallocated resources. Monotowns exemplified scientific socialism – typically one industry per town or city, with one employer charged with the responsibility to deploy people and other resources to maximum industrial efficiency. To add to the efficiency, the employer also looked after the personal needs of those people – their, food, housing, utilities, health, education, recreation and other social services.

When the Soviet Union collapsed in the 1990s, many of the monotowns did too, some going bankrupt. Typically built to meet political, military and bureaucratic needs in remote locations, far from markets and suppliers, the rigid monotowns succumbed to market forces when the government stopped controlling prices. Widespread privatizations didn’t end their distress either as new owners, mostly Russian conglomerates but also some foreigners, discovered that they got more than they bargained for – their employees not unreasonably expected them to provide welfare as well as jobs, which were the longstanding terms of employment.

The monotowns today are obsolete and decaying, kept alive by subsidies with no hopeful future in sight — the vast majority will never be viable in a market economy. Both the Russian government under President Vladimir Putin and the monotown residents feel trapped: Putin because monotown residents vote for him in large numbers, the residents because they have nowhere else to go. Their current houses are unsalable, and although the government will provide residents who choose to move with $25,000 in relocation assistance, that won’t buy them a house elsewhere, even if they had a job to move for. Most stay in place, subsisting on lower wages and welfare.

The result is stalemate and stagnation, and a threat to Russian stability. If the government loses the ability to maintain the subsidies to the monotowns, as would happen with a sustained drop in energy prices — Russia’s chief source of revenue — many expect civil unrest.

But the monotown approach is more than a distant mistake from the Stalinist era that will dampen Russian prospects for decades to come. It is also a continuing state of mind, as seen in Russia’s approach to Skolkovo, a multi-billion dollar elaborately designed green Innovation City of 30,000 people that it is building outside Moscow. Skolkovo – a 21st-century version of the one-industry monotown – will generate innovation, its government planners maintain. In a prediction that has already gone awry, the CEO of its working group estimated in 2010 that the output from its first 10 projects could reach 200 billion rubles by 2015, en route to one trillion rubles per year. To help unleash Russian innovation and realize Skolkovo’s potential, it has opened its doors to the likes of IBM, Microsoft and Siemens, and the government promises to somehow let it operate in un-Russian fashion – not by fiat from on high but through the rule of law, to eliminate the corruption and arbitrariness that dog the Russian economy.

Russia is certainly no slouch when it comes to innovation – over the centuries in both the sciences and the arts, Russia has produced many of the finest minds in history, and in recent decades its superb education system continued to do so. But Russians do better at innovating when they leave the country – Russian excellence is credited with much of Israel’s high-tech success and Google is one example of what a Russian-born scientist unleashed in the U.S. can do. In the last two decades, an estimated 500,000 to 800,000 scientists and computer programmers have left Russia, a negligible number of them returning.

They are unlikely to return on the promise that Skolkovo, which sprung from the minds of central planners, will succeed in creating the law-based free-thinking culture needed to foster innovation. They would return if Russia abandoned its top-down culture and let the economy develop organically, as did Sochi. But that would take another generation of leaders, and another revolution in thinking, to accomplish.

Lawrence Solomon is one of Canada's leading environmentalists. His book, The Conserver Solution (Doubleday) popularized the Conserver Society concept in the late 1970s and became the manual for those interested in incorporating environmental factors into economic life. An advisor to President Jimmy Carter's Task Force on the Global Environment (the Global 2000 Report) in the late 1970's, he has since been at the forefront of movements to reform foreign aid, stop nuclear power expansion and adopt toll roads. Mr. Solomon is a founder and managing director of Energy Probe Research Foundation and the executive director of its Energy Probe and Urban Renaissance Institute divisions. He has been a columnist for The Globe and Mail, a contributor to the Wall Street Journal, the editor and publisher of the award-winning The Next City magazine, and the author or co-author of seven books, most recently The Deniers, a #1 environmental best-seller in both Canada and the U.S. .
View all posts by Lawrence Solomon →
This entry was posted in Political reforms and tagged central planning, free markets, innovation, monocities, monotowns, Putin, Russia, Skolkovo, Sochi. Bookmark the permalink.