Posted on December 11, 2017 by Lawrence Solomon

(December 8, 2017) Giving bicycles a bigger share of the road has backfired on vehicle safety.

This article was first published by the National Post 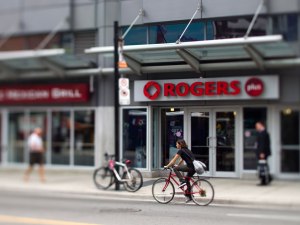 On the rationale that the car makes cycling on city streets dangerous, cities have been spending big-time on bike lanes and other bicycle programs. The results from Europe, where cycling has been most heavily promoted, are now coming in. Prior to putting bicycle planning into high gear — in recent years London’s mayor launched what he called a “cycling revolution” and Paris’s vowed to create “the cycling capital of the world” — cycling deaths had been plummeting for decades. That dramatic trend stopped in 2010, according to EU statistics. Cycling deaths across the EU are now on the rise.

Until a decade ago, motor vehicle deaths in the EU were falling dramatically, as were bicycle deaths. Now progress in auto deaths, too, has stalled. The push to make cycling safer by giving the bike a bigger share of the road has backfired on vehicles of all kinds.

Until a decade ago, motor vehicle deaths in the EU were falling dramatically

Cyclists now account for 63 per cent of all those seriously injured in road accidents in the Netherlands, up from 51 per cent a decade ago. This rise cannot be attributed to motorists: in 80 per cent of these injuries no motor vehicle is involved. The great majority of cycling accidents are either caused by poor road conditions or negligence on the part of the cyclist — checking smartphones, cycling intoxicated, racing, using the handlebars for baggage, or having poor brakes or tires. When a bicycle collides, it’s likelier to be with another bicycle than a car. Even when a motor vehicle is involved in a crash, the fault is often the cyclist’s for having run a red light, swerved into the motorist’s path, or being intoxicated: evening surveys in two Dutch city centres found 42 per cent of cyclists had blood alcohol levels that exceeded the legal limit; that rose to 68 per cent by 1:00 am.

North America, where cycling represents two per cent of road deaths, has a paucity of cycling statistics, but the U.S. Department of Transportation reports that cycling accidents have risen six per cent over the last decade, and intoxication is frequently a factor: 19 per cent of cyclists who were killed had blood-alcohol concentrations consistent with binge drinking. In the U.S., as in Europe, the car’s culpability is mostly a myth: just 29 per cent of bicycle fatalities involved autos. Cycling deaths in the remaining 71 per cent of cases involved falls, collisions with other bicycles or stationary objects, potholes and distracted riding.

To combat rising cycling casualties, European cities are considering measures such as banning mopeds from bicycle lanes, encouraging cyclists to use quieter residential roads, redesigning buses to prevent cyclists from sliding underneath, and encouraging seniors — who have the highest cycling-accident rate — to use tricycles. Planners are also attempting to design bike paths to reduce the accident rate at intersections, where half of cycling accidents occur in high-cycling cities. Transport for London blames intersections for 85 per cent of cycling accidents, and is spending much of its 900-million-pound Cycling Vision budget on elaborate infrastructure to separate cyclists from motorists — a pavement-intensive vision better suited to new suburbs than the world’s magnificent, high-density cities.

The politician’s preoccupation with building bicycle paths at the expense of motorists is misguided partly because motorists are not to blame for the overwhelming majority of cycling accidents, partly because more lives could be saved by cracking down on negligent cyclists and fixing potholes, and partly because — according to independent studies not funded by bike-path proponents — cycling infrastructure actually increases accidents, especially at intersections.

Where curb lanes are reserved for cycling lanes, cars must cross cyclists’ paths to turn right; when they shared the curb lane, that potential for conflict was rarer. As a remedy, planners have often designed bike lanes to leave the curb just prior to reaching intersections, forcing cyclists to swerve into an auto lane and creating a car-bike conflict of another kind. Bike lanes — because they’re often nearly empty — also attract racers traveling at dangerous speeds.

Before mayors started competing with each other to create cycling cities — “cycling visions” are the new political buzzwords — cities were on a true path to safety, with fatalities falling some 30 per cent per decade for cyclists and motorists alike. Mayors need to end their bike-path detour and get back on the road to safety.

Lawrence Solomon is one of Canada's leading environmentalists. His book, The Conserver Solution (Doubleday) popularized the Conserver Society concept in the late 1970s and became the manual for those interested in incorporating environmental factors into economic life. An advisor to President Jimmy Carter's Task Force on the Global Environment (the Global 2000 Report) in the late 1970's, he has since been at the forefront of movements to reform foreign aid, stop nuclear power expansion and adopt toll roads. Mr. Solomon is a founder and managing director of Energy Probe Research Foundation and the executive director of its Energy Probe and Urban Renaissance Institute divisions. He has been a columnist for The Globe and Mail, a contributor to the Wall Street Journal, the editor and publisher of the award-winning The Next City magazine, and the author or co-author of seven books, most recently The Deniers, a #1 environmental best-seller in both Canada and the U.S. .
View all posts by Lawrence Solomon →
This entry was posted in Automobile, Cities, Other, Public transit, Toll roads, Transportation, Uncategorized and tagged automobiles, Bicycles, cycling infrastructure, cycling revolution, pollution. Bookmark the permalink.